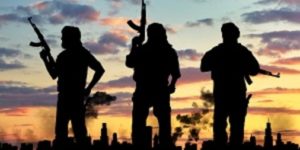 The Department of State has released the Country Reports on Terrorism for 2019, an annual report prepared for Congress that examines terrorist activity by country in compliance with Title 22 of the United States Code, Section 2656f. Additionally, the report details on Foreign Terrorist Organizations across the globe and identifies state sponsors of terrorism along with terrorist safe havens.

Nearly 100 individual countries are profiled in the report, with each profile providing an overview of recent terrorist activity and describing any known terrorist incidents that took place in 2019. Also reported are the legislation, law enforcement, and border security measures each country has implemented, as well as information pertaining to countering violent extremism and the financing of terrorism. Each country profile concludes with a description of steps taken, if any, towards international and regional cooperation on combating terrorism.

In light of the global threat of terrorism, the report also highlights the following counterterrorism successes achieved in 2019: