On April 18th, the HSDL released significant design updates to its website.  The new site is simpler and easier to search, and more importantly, it makes more of our collection available without a login.  Come to www.hsdl.org and check out the new look to our Featured Topics, Special Collections, Policy and Strategy sections and more. 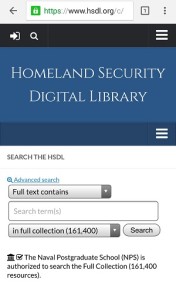 The redesign of the HSDL brings with it a more mobile-friendly experience. From searching for resources and browsing the Featured Topics, to catching up on our latest blogs, you can now carry the entire HSDL with you on your phone or tablet. When you log in, you can also access your Alerts to New Content, which can alert you when any new documents that match your criteria are added to the HSDL collection.

Have You Seen Our New Blog?

The HSDL Blog, On the Homefront, received a new, more integrated design in our recent update. A more functional search tool lets you browse past blogs and the archives using search terms of your choosing. Also, be sure to check out our HSDL Blog Calendar, which features upcoming events, conferences, and webinars relating to Homeland Security, as well as commemorations and anniversaries of terrorist attacks, major disasters, and other significant events in homeland security. 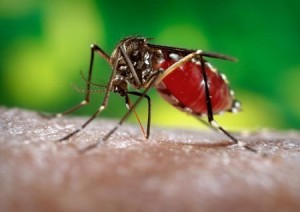 One year ago, all eyes in public health were focused on stopping the Ebola virus from spreading.  Fast action by health organizations, combined with educating the public, helped to avert this potentially terrible outbreak from spreading. As horrific as Ebola was, public health officials in Brazil were at the same time trying to identify a virus causing symptoms mimicking a mild influenza and possibly causing a rise in fetal brain defects.  All indicators pointed to the Zika virus, which is spread to people primarily through the bite of an infected Aedes species mosquito.  Further research has found that it can also be transmitted from mothers to fetuses and from men to partners.  The Centers for Disease Control, the World Health Organization, and other public health related agencies have been at the forefront in developing response plans and educating the public about this easily transmitted disease. Perhaps the most pressing need for mitigating the spread of Zika will be at the 2016 Summer Olympics in Brazil. The combination of mass gatherings and the widespread prevalence of infected mosquitos points to a true challenge. To learn more about Zika and actions being taken to mitigate its spread, check out the links to agencies and resources in the HSDL below:

Zika in the United States

Extremist Foreign Fighters in the West 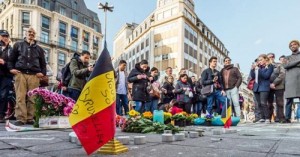 Recent attacks in Paris and Brussels by Islamic terrorists have brought home the real threat and purpose of the spread of the Islamic State by ISIS and its affiliates. Europe has seen its share of terror attacks, including the November 13th attacks in Paris on the Stade de France, Bataclan Theatre, and other locations city-wide. The March 22nd attacks at the Brussels airport and a popular metro station have been investigated, and are now considered as a hurried and revised version of what would have been a second Paris attack. While there has historically been a friendly mutual co-existence with the large Muslim communities hosted in country capitals such as London, Paris and Brussels, the recent infiltration of ISIS and other radical extremists into these communities has significantly changed this relationship. The HSDL has several documents that address this new threat, who is behind the movement, and why it is happening now. Here are just a few of them:

The Center for Homeland Defense and Security’s Annotated Worldwide Threat Assessment 2016 is now available on the CHDS website. Presented to Congress annually by the Director of National Intelligence, the Worldwide Threat Assessment is one of the most informative top-level products of the U.S. Intelligence Community that is publicly available. Since 2014, in an effort to make this important information more widely available and accessible, the Center for Homeland Defense and Security at the Naval Postgraduate School has expanded on this text-only publication by presenting it in an interactive, multi-media enhanced, and annotated format.