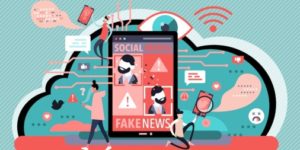 The Global Network on Extremism and Technology (GNET) has released their latest report, Conspiracy Theories, Radicalisation and Digital Media, discussing the role of social media in inducing radicalization and terrorism through the spread of conspiracy theories.  In the wake of violent incidents spurred by disinformation, many believe more should be done to mitigate conspiracy theories; however, the ethical boundaries surrounding this topic are far from straight-forward.

In this report, GNET aims to prove the following:

For more information, view more articles on HSDL related to Social Media and Conspiracy Theories, or visit Featured Topics on Disinformation, Cyber Policy, Domestic (U.S.) Terrorism, Global Terrorism, and Lone Wolf Terrorism, Please note that an HSDL login is required to view some of these resources.