Should You ‘Fear Thy Neighbor’? 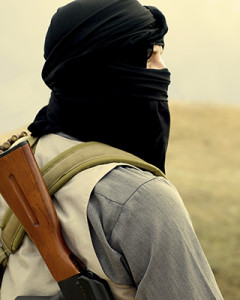 Of the 51 successful terrorist attacks in North America and Europe between June 2014 and 2017, 73% of the attackers were citizens of the country they attacked.  Another 14% of attackers were legal residents or legitimate visitors from neighboring countries. Moreover, 63% of the attackers had pledged allegiance to a jihadist group, and in most cases, that group was the Islamic State. These numbers are just a few of the empirical findings put forth in the new report “Fear Thy Neighbor: Radicalization and Jihadist Attacks in the West“, a joint publication from the George Washington University Program on Extremism, the International Centre for Counter-Terrorism – The Hague (ICCT), and Italian Institute for International Political Studies. As reported by the GW Hatchet and the GWU Program on Extremism, the report is the first to provide analysis on all terrorist attacks in the West since 2014.

The Islamic State has used a two-fold strategy to gain influence and radicalize individuals across the globe. From developing strongholds in the Middle East like Syria, to using “virtual planners” and social media campaigns as recruiting tools, the Islamic State has created an operational ideology of “do-it-yourself-terror”. But the psychology of radicalization is not as simple as focusing exclusively on socio-economic and integration conditions. As the authors point out, “southern European countries have experienced significantly lower levels of radicalization than most of their central and northern European counterparts, despite performing significantly worse in integrating their Muslim population.” Take France as an example, which provides state-funded welfare for integration, yet experienced both the highest number of attacks (17) and the highest number of deaths (239) as a result of terrorist attacks during the analysis period. The report argues that radicalization hubs play a critical role, especially when providing analysis of the  counterintuitive disparity between integration and radicalization in central and northern Europe.  It is the “presence or absence of these hubs rather than social conditions” which are the main factor that determines “higher or lower levels of radicalization and mobilization of a country or a town.”

The authors discuss a way forward, both restructuring current policies to compensate for the failures of Western integration and the need for robust counterterrorism operation and increased cooperation in the international intelligence community. As diverse, dynamic, and evolving as the threats which face the West, so must also be the strategies for reducing radicalization and terror: an implementation of both hard and soft power, dually focused on dismantling the military and virtual capacity of the Islamic State while also being mindful of the effects of polarizing events.