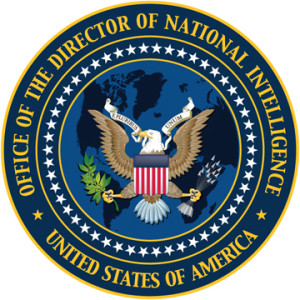 The Office of the Director of National Intelligence (ODNI) has published a new report on the “Domestic Approach to National Intelligence“, which outlines the intelligence community’s (IC) role in engaging with federal, state, local, tribal, territorial, (FSLTT) and private sector allies within the United States. The country seems to be between a rock and a hard place – torn between enhancing national security while also protecting civil liberties. As noted by the Director of National Intelligence (DNI) James R. Clapper, “We need to deal with the realities of globalization – the blurring these days of foreign and domestic matters. Because when threats like terrorism and international organized crime transcend borders, it’s critical that we think holistically about intelligence. But we’re also a people who – Constitutionally and culturally – attach a high premium to our personal freedoms and our personal privacy.”

The report provides an “as-is” picture of the current operating environment involving the IC and other domestic partners. By providing a “general common understanding” of the present situation, transparency can be increased as the IC begins to move from “as-is” to “should be”. At the top of the to-do list is aligning national intelligence with critical information provided by FSLTT partners. As trust is built through information sharing, integration across stakeholders is increased, which in turn results in more mature partnerships which can leverage capabilities, information, and requirements to strengthen national security.

ODNI does present a couple specific policy reforms, as well as a way-ahead for achieving a more dynamic and functional integration. As a case in point, reforming the security clearance process so that FSLTT entities can have a streamlined process for adjudicating, granting, and tracking the clearances would be a critical step. ODNI hopes that this document will be used as a “vision” to guide “long-term investment strategies” of the intelligence community and its domestic partnerships. “Our national security depends on the ability to share the right information, with the right people, at the right time.”