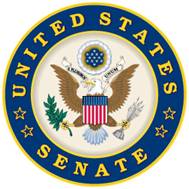 In early 2013, the Senate Subcommittee on Financial and Contracting Oversight received numerous whistleblower allegations of misconduct against DHS Acting Inspector General [IG] and Deputy Inspector General, Charles Edwards. In response to these allegations, the Subcommittee initiated an investigation of Mr. Edwards in June 2013 and released its final report on April 24, 2014. According to Senator Ron Johnson’s statement in the report’s press release, the Subcommittee ultimately found that “Mr. Edwards jeopardized the independence of the DHS OIG [Office of the Inspector General] throughout his tenure there, sought legal advice from the DHS Acting Counsel in violation of the IG Act, and delayed and altered reports at the direction of senior officials at DHS.”

In response to the first allegation, the Subcommittee did find Mr. Edwards guilty of the incidents of misconduct listed above. However, the Subcommittee was not able to substantiate the two other allegations, reporting that “[d]ue to insufficient evidence [it] could not conclude whether Mr. Edwards abused agency resources with respect to his outside employment, his pursuit of a permanent Inspector General position, and his Florida travel,” and that while it could not find evidence to support misconduct involving records, favoritism, and retaliation, “there was a widespread belief that Mr. Edwards engaged in those actions and that belief contributed to an office environment characterized by low morale, fear, and general dissatisfaction with Mr. Edwards’ leadership.”

On December 16, 2013, Mr. Edwards resigned from his position at the OIG and was transferred to the Office of Science and Technology at DHS. An article published by Homeland1.com reports, however, that Mr. Edwards has since been put on leave by new DHS Secretary Jeh Johnson in an attempt to “tamp down what could have been political scandals.”