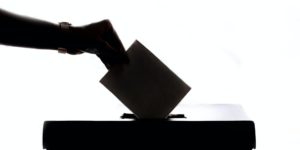 Significantly, as stated by Chairman Burr:

The Committee found no reason to dispute the Intelligence Community’s conclusions.

The Committee has released four out of five reports on Russia’s 2016 election interference. The previous reports covered the U.S. election infrastructure security, Russia’s use of social media, and the U.S. government response to Russian activities.

The HSDL offers many additional resources related to Cyber Crime and National Security, as well as Cyber Infrastructure Protection. Please note: HSDL login is required to view some of these resources.