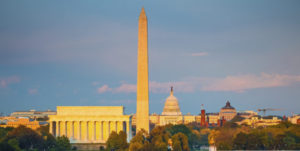 The National Task Force on Rule of Law & Democracy, a division of the Brennan Center for Justice, has published Proposals for Reform, a report concerned about the rapidly decreasing guardrails of unwritten rules and norms that usually underpin the foundation of American democracy. The Task Force is a nonpartisan body of previous public servants and policy experts. Historically, “respect for expertise, for the role of the free press, for the proper independent role of the judiciary, seemed firmly embedded practices. Until they weren’t.” From the perspective of the Task Force, “Today, the country is living through another such moment. Once again, it is time to act. It is time to turn soft norms into hard law. A new wave of reform solutions is essential to restore public trust.”

The proposals for reform focus on two main subjects: (1) the rule of law and evenhanded administration of justice and (2) ethical conduct in government. In summary, the following are a few of the Task Force’s suggestions for reform under each category.

Rule of Law and Evenhanded Administration of Justice

To safeguard against improper interference, Congress should pass legislation that:

To ensure financial transparency and to protect the interests of the American people first, Congress should pass legislation that:

The Task Force’s argument and call to action is one that is simple and straightforward. Without the institutionalization of America’s soft norms into hard law, the nation is at risk of suffering a government that governs less, and is essentially a “chaotic grab for power and self-interest.”

If you’d like to learn more about democracy and the rule of law, or find additional resources, then Ask one of our librarians for assistance!