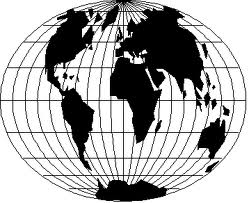 The World Economic Forum recently released its Global Risks 2015: Tenth Edition. The report predicts the likelihood and impact of potential challenges based on the current global landscape and past global issues. These risks are divided into the following categories: Economic, Environmental, Geopolitical, Societal, and Technological.

As a result of conflicts in Ukraine, the Middle East, and Africa, it is no surprise that the report’s analysis for 2015 leans heavily towards Geopolitical issues. The report states that “Interstate conflict with regional consequences” (Geopolitical) is the risk with the highest likelihood of occurrence, followed by “Extreme weather events” (Environmental), “Failure of national governance” (Geopolitical), “State collapse or crisis” (Geopolitical), and “High structural unemployment or underemployment” (Economic) respectively.

In addition to having the highest likelihood, the risk of “Interstate conflict with regional consequences” is considered to have the third highest global impact in 2015, and is the only risk that appears in the top 5 on both lists. Rounding out the top 5 risks with the greatest global impact are “Water crises” (Societal), “Rapid and massive spread of infectious diseases” (Societal), “Weapons of mass destruction” (Geopolitical), and “Failure of climate-change adaption” (Environmental) at highest, second highest, fourth, and fifth respectively.

Complementing the predictions on likelihood and impact, the report also contains assessments on “Global Risks of Highest Concern for Doing Business, per Country” and a “Risks-Trends 2015 Interconnections Map.” The Interconnections Map shows the relationships between categories of risks, and how the connections compound each risk’s global relevance.

Some of the more interesting data is displayed on a global map asking the question “For Which Global Risks Is Your Region Least Prepared?” The results are as follows:

The report concludes by explaining how the data used in the report was gathered. It also shows the issues where global progress has led to risk reduction.