Republican and Democratic National Conventions 2016: The Next Terrorist Targets?

First Orlando, then Dallas, now Baton Rouge, what’s next, Cleveland or Philadelphia? Attacks On The Homefront are trending as of late especially ones against local law enforcement. With the 2016 Republican National Convention (RNC) kicking off this week, the city of Cleveland is taking extra security measures outlined in the City of Cleveland Safety Preparedness Update to ensure a safe and successful convention. But is the city of Cleveland really prepared to ensure the safety of 50,000 people including 15,000 media personnel? 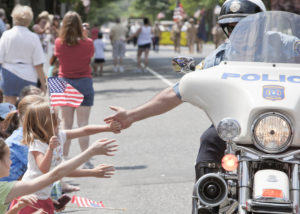 According to the City of Cleveland Safety Preparedness Update, approximately 2500 -2700 additional local law enforcement officers from out of the area will be brought in to support the existing 500 local officers. Additionally, each officer will be equipped with a body camera and work closely with a specially designated team to film, document, and log evidence during the RNC. The Cleveland Division of Police will  manage and track security operations during the 2016 RNC using the National Incident Management System (NIMS) model. Secret Service will be the lead agency for the event responsible for the protection of all dignitaries. The Ohio State Highway Patrol will  safeguard all governors present leaving the Federal Bureau of Investigation (FBI) responsible for intelligence gathering in partnership with local law enforcement. Intelligence assets will include I-Teams (Intelligence Teams), PICC Teams (Protective Intelligence Teams), CS Teams (Counter Surveillance Teams), and Street Undercover Teams. The Homeland Security Digital Library‘s very own FEMA will be responsible for consequence management for all federal agencies.

The 2016 RNC will certainly set the tone for the upcoming 2016 Democratic National Convention (DNC) taking place next week in Philadelphia on July 25-28. For more information on the security and the 2016 Democratic National Convention, see this Press Release and this article on convention security details. For additional resources on National Special Security Events, or Emergency Preparedness, visit the Homeland Security Digital Library (some resources may require login).