Report on the 2020 Protests and Civil Unrest Released

After the death of George Floyd while in police custody occurred in May 2020, protests and civil unrest erupted all across the United States and Canada. The Major Cities Chiefs Association have released a study titled Report on the 2020 Protests and Civil Unrest that examines these protests, and “presents a comprehensive perspective into the law enforcement challenges and lessons learned in 68 of the largest cities in the U.S. and Canada.” In total, there were 8,700 protests that occurred in major cities in the U.S. and Canada between May 25th and July 31st, including 574 protests that involved acts of violence. 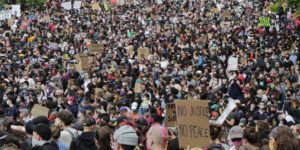 The major sections covered in the report are: