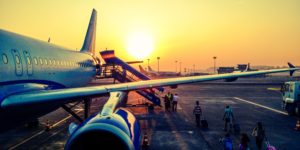 The National Counterterrorism Center (NCTC), the Federal Bureau of Investigation (FBI), and the Department of Homeland Security (DHS) have compiled a list of Homegrown Violent Extremist (HVEs) Mobilization Indicators. Given the continuous threat of HVE’s joining the ranks of the most violent terrorist organizations abroad, the domestic law enforcement agencies need additional tools in recognizing early warning signs. The resulting booklet describes specific behaviors that “could help determine whether individuals or groups are preparing to engage in violent extremist activities, such as conduction an attack or traveling overseas to join a foreign terrorist organization.”

While some of the observable indicators might represent red flags, the authoring agencies emphasize that each case needs to be carefully considered, as some of these activities may be protected by the constitutional rights. As such, the law enforcement should consider described indicators in context with other suspicious behaviors. Significantly, the apparent or actual race, ethnicity, national origin or religion of the subject should only be considered in combination with other signs of intent to commit violent attacks.

To enhance the contextual understanding, the report describes various behaviors in terms of their diagnosticity, or the extent to which the behaviors are indicative of violence mobilization. In addition, each indicator describes a category of behavior that it would normally represent (preparation, motivation, concealment), along with its time sensitivity as well as people, who are most likely to witness such behavior (family, peers, social contacts, authority, law enforcement).

The following behaviors represent the behaviors that are highly diagnostic on their own:

The HSDL offers many additional resources related to the issues of National Security and terrorism. Visit the Featured Topics for more on Active Shooters, Global Terrorism, Domestic (U.S.) Terrorism. Please note: HSDL login is required to view some of these resources.