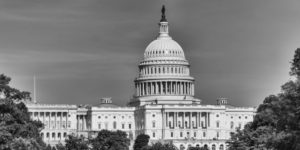 The United States Senate Homeland Security and Government Affairs Permanent Subcommittee on Investigations has released a report documenting the costs of the last three government shutdowns. Upon surveying 26 federal agencies, the investigation estimated the overall cost to American taxpayers at nearly $4 billion. The back pay to federal workers alone cost at least $3.7 billion. In addition to other administrative costs associated with the shutdowns, the report estimated 56,938 years of lost productivity due to the combined total of all furlough days.

Furthermore, federal agencies reported they were unable to perform important functions during shutdowns, including:

Significantly, some agencies, including the Departments of Defense, Agriculture, Commerce, and the Environmental Protection Agency did not know the full amount paid to employees in back pay following certain shutdowns. Furthermore, other agencies could not provide information on administrative costs, lost revenues, project delays, and other associated expenses. As such, the actual shutdown costs could far exceed the provided estimates.

In order to minimize future effects of potential shutdowns, the Subcommittee provided the following recommendations:

For more information on government shutdowns and accountability, please visit the HSDL, as well as our Featured Topics. Please note that an HSDL login is required to view some of these resources.