Ramifications of the 1921 Tulsa Race Massacre 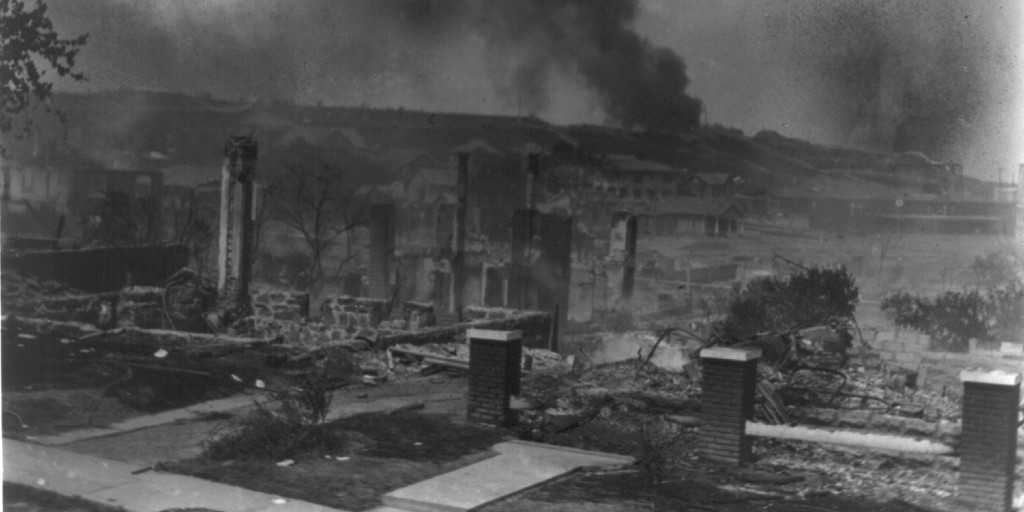 The Brookings Institution has released The True Costs of the Tulsa Race Massacre, 100 Years Later, a report detailing the economic ramifications of the 1921 race massacre in Tulsa, Oklahoma. Specifically, the report not only looks at how much wealth was initially lost, but also at “what that collective wealth could accomplish in terms of financing college education, buying homes, and starting businesses.” The initial insurance claims filed after two days of massive property and livelihood damage would currently equate to over $27 million dollars, however “not all residents took out insurance or filed claims.” When calculating the actual total amount of assets lost, including not only property but also personal belongings, cash, ect., it is estimated that the massacre resulted in over $200 million dollars worth of damage. It is important to note that this figure merely calculates for total damages, accounting for inflation, incurred in 1921. It dose not account for the negative impacts on the community moving forward, such as home ownership, employment opportunities, wages, and the second destruction of Black Wall Street, which was perpetuated through discriminatory city planning tactics.

Since only one insurance claim, made by a white shop owner, was ever paid, it is clear that business owners and residents were never properly compensated for their losses. The report details how $200 million dollars of reparations could impact the current Black community of Tulsa, by fully funding up to 4,545 college students, providing  “4,187 median-priced homes,” or investing in the start-up of 6,421 Black-owned businesses. It is clear that such an economic investment would greatly impact the Black community of Tulsa, even if it still falls short of the real value of the impact of such wealth when held over generations.

Visit the Featured Topics for additional information. Please note that an HSDL login is required to view some of these resources.