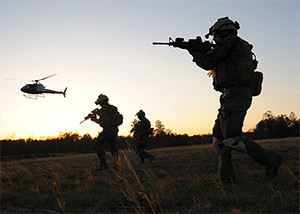 CSIS [Center for Strategic and International Studies] published a report on November 14, 2016 titled “Turning Point: A New Comprehensive Strategy for Countering Violent Extremism.” The commission co-chairs for the report were Leon Panetta, former Director of the CIA and Secretary of Defense, and Tony Blair, former Prime Minister of the United Kingdom.

The report is the culmination of the CSIS Commission on Countering Violent Extremism’s [CVE] deliberations regarding the rising threat of violent extremism and the need for improved methods to address this problem. The CVE Commission was bipartisan and “composed of 23 public- and private-sector leaders from technology companies, civil society, the faith community, and academia. Since its public launch in February 2016, the Commission met six times and consulted with more than a hundred experts and practitioners throughout the United States, Europe, South Asia, Southeast Asia, Africa, and the Middle East.” The target audience for this report is the U.S. government and the next presidential administration.

The Commission created a plan with eight major components: