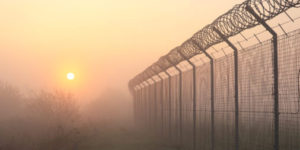 The U.S. House Committee on Homeland Security released its monthly Terror Threat Snapshot, detailing terrorist activities around the world. The November assessment highlights terrorist activity since 2013 during which time thirty states have identified jihadist movements; there have been 248 ISIS-linked incidents in 18 European countries; and, the predominant weapons used by ISIS in attacks include explosives, edged weapons, and vehicles.

Since 2013, there have been 161 incidents involving homegrown jihadism in the U.S. In October, six individuals were convicted or faced trial in the U.S. for providing material and/or financial support to Al Qaeda or ISIS.

Globally, thirteen individuals were convicted of plotting to engage in terrorist acts and/or inciting terrorism, and an ISIS network of imprisoned individuals that spanned 17 prisons in Spain was dismantled.