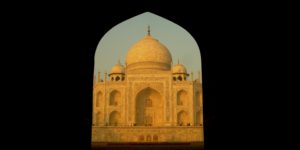 The International Centre for the Study of Radicalisation has just released From Daesh to ‘Diaspora’: Tracing the Women and Minors of Islamic State. Research on the Islamic State has conventionally centered on male members, who are often the key actors of ideological violence, and simultaneously neglected to conduct research and analysis on women and minors also affiliated with the Islamic State. This report used publicly available data to begin creating a knowledge base that will inform future research on the radicalization of women and minors.

A key point from the report is the need to distinguish between women and minors. While “womenandchildren” may be conflated in some analysis, the nuances between the two populations is essential when considering the long-term ideological and physical survival of the Islamic State.

Other highlights from the report include:

If you are interested in learning more on this topic, you can view more resources here or at our featured topic Global Terrorism. Please note: HSDL login is required to view some of these resources. You may also click here to ask a librarian.