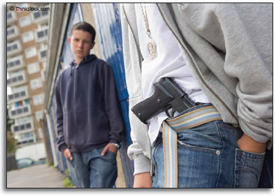 The Institute for Education Sciences, the National Center for Education Statistics, the US Department of Education, and the US Department of Justice have released their 18th annual Indicators of School Crime and Safety. This 2015 edition provides statistics of criminal acts of violence in schools and how they relate to socioeconomic status, school attendance and participation, punitive actions taken against students, and other factors. The 246 page report analyzes 23 indicators in total, and “is designed to provide a brief summary of information from an array of data sources and to make data on national school crime and safety accessible to policymakers, educators, parents, and the general public.”

“Preliminary data show that there were 53 school-associated violent deaths from July 1, 2012, through June 30, 2013 (Indicator 1). In 2014, among students ages 12–18, there were about 850,100 nonfatal victimizations at school, which included 363,700 theft victimizations and 486,400 violent victimizations (simple assault and serious violent victimizations) (Indicator 2). During the 2013–14 school year, there were 1.3 million reported discipline incidents in the United States for reasons related to alcohol, drugs, violence, or weapons possession that resulted in a student being removed from the education setting for at least an entire school day (Indicator 19). Of the 781 total hate crimes reported on college campuses in 2013, the most common type of hate crime reported by institutions was destruction, damage, and vandalism (364 incidents), followed by intimidation (295 incidents) and simple assault (89 incidents; Indicator 23).”

The full report is available here on the HSDL.