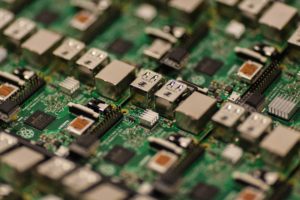 The National Counterintelligence and Security Center (NCSC) has released the report: 2018 Foreign Economic Espionage in Cyberspace, an assessment of the threat foreign powers pose to the American research, development, and manufacturing sectors that operate in cyberspace. Emerging technology such as the Internet of Things and Artificial Intelligence raise the stakes, as new technologies can introduce new vulnerabilities.

In the NCSC press release, William R. Evanina, Director of the NCSC, states:

“Our goal in releasing this document is simple: to provide U.S. industry and the public with the latest unclassified information on foreign efforts to steal U.S. trade secrets through cyberspace. Building an effective response to this tremendous challenge demands understanding economic espionage as a worldwide, multivector threat to the integrity of both the U.S. economy and global trade.”

NCSC divides the report into three sections. The first section takes a high-level view of the United States’ technological vulnerability, especially as related to next generation technology and infrastructure. The second section focuses on the threats posed by China, Russia, and Iran, as well as the industries and technologies targeted. Industries of interest to foreign intelligence include energy/alternative energy, biotechnology, defense technology, environmental protection, high-end manufacturing, and information and communications technology. The final section centers on emerging threats in areas such as software supply chain operations, international intellectual property theft, and foreign technology companies with links to host countries.