New Developments in the Malicious Use of Social Media 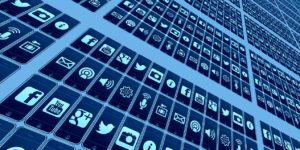 The NATO Strategic Communications Centre of Excellence has released a report on the “Trends and Developments in the Malicious Use of Social Media“. Social media platforms are a constant source of research and exploitation for malicious actors, as they work to create influence and wage information warfare within target audiences. According to the report, there are currently seven major trends in the malicious use of social media:

In an environment where information and disinformation are constantly spread and absorbed on the same platforms, vulnerabilities are plentiful. “The malicious use of social media has developed into a flourishing economy and there are too few obstacles standing in the way of this malicious practice.”

For more information, visit the HSDL Featured Topics on Cyber Policy. Please note that an HSDL login is required to view some of these resources.