Misogyny as a ‘Gateway Drug’ into Violent Extremism 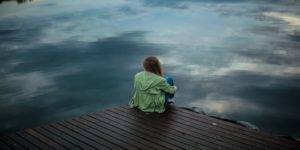 “Assessing Misogyny as a ‘Gateway Drug’ into Violent Extremism,” by Maddie Cannon, addresses the role gender plays in violent-extremism. The author cites several research-based sources to draw a connection between misogyny and far-right extremism, using the term “gateway drug” as a metaphor for this process.

Cannon first cites a report by UN Women and Monash University in Asia focusing on an inequality in extremist violence — a gender bias that normalizes the violent actions led by the male population, while dismissing violent extremism behavior led by women. This report examines the “mutually-reinforcing dynamic of misogyny and violent extremism.”

The use of the internet as a means to spread misogynistic ideologies is next addressed in the article, drawing information from a Georgetown University Law Center journal entry by Rachel Guy entitled “Nation of Men: Diagnosing Manospheric Misogyny as Virulent Online Nationalism.”

This Note argues that the misogyny at the heart of this violence must finally be acknowledged as a source of devastating harm and as a serious national threat.

Guy insists that legal action must be taken to eliminate the presence of misogynistic crimes online.

Rachel Cannon concludes by noting that positive change is more likely to occur if the tone of violent misogyny is viewed through the lens of extreme political violence rather than a “gateway drug” to extremism.

For further context on this topic, the following resources are available to view:

For more information, check out HSDL’s Featured Topics on Global Terrorism and Cyber Crime and National Security . Please note an HSDL login is required to view some of these resources.