Measuring the Global Impact of Terrorism in 2019

The Institute for Economics and Peace has released the “Global Terrorism Index 2019: Measuring the Impact of Terrorism,” as well as a briefing, that provides updated statistics and global trends in terrorism. Key findings in these reports, spanning from early 1970 to late 2018, indicate that while terrorist activities are still widely spread, their impact has significantly fallen. According to the reports, “deaths from terrorism fell for the fourth consecutive year” and economic impacts saw “a substantial decrease of 38% from the previous year.” While the impacts of terrorism seem to be less severe globally, with 98 countries seeing improvements, 40 countries still experienced worsening conditions. Of these 40 countries, Afghanistan faced the greatest deterioration with “an increase of 59 percent from the prior year.” 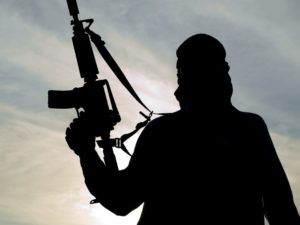 The majority of all deaths attributed to terrorism, 57.8 percent, were perpetrated by the Taliban, ISIL (Islamic State of Iraq and the Levant), the Khorasan Chapter of the Islamic State, and Boko Haram. In addition to this, far-right terrorism, which makes up a small percentage of global terrorism, has increased and become more problematic, especially in western countries.

For more information, visit the HSDL Featured Topics on Domestic (U.S.) Terrorism, Global Terrorism, Suicide Bombers, and Lone Wolf Terrorism, Please note that an HSDL login is required to view some of these resources.