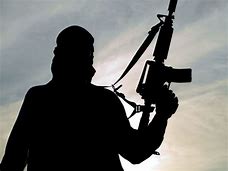 The U.S. House Committee on Homeland Security released its monthly Terror Threat Snapshot, detailing terrorist activities around the world. The March assessment highlights the 30 U.S. states in which jihadist movements have been identified; the top 5 European countries with foreign fighter returnees; and, plots made against western countries that have been linked to the Islamic State of Iraq and Syria (ISIS).   Key points of this snapshot include:

The full PDF of the March Terror Threat Snapshot is available on the HSDL.