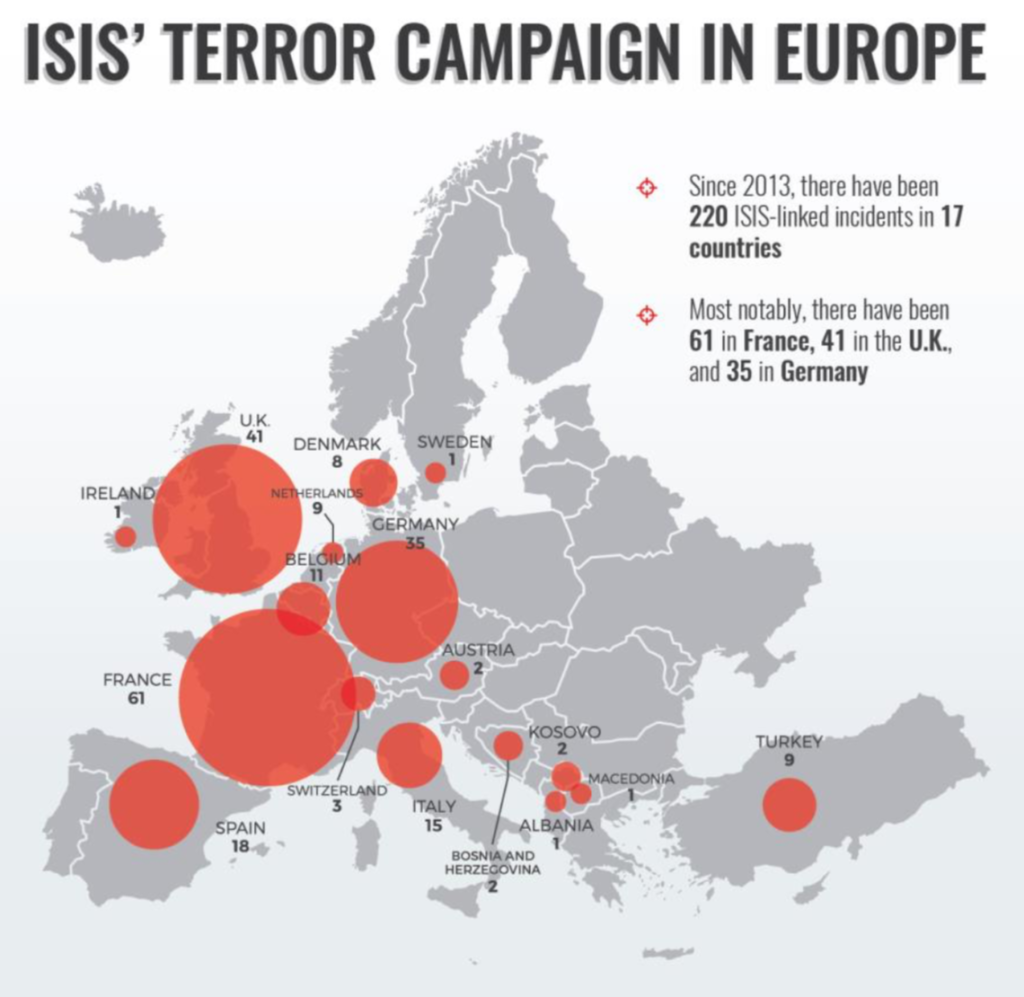 The June assessment highlights terrorist activity since 2013 citing the following data: 30 U.S. states in which jihadist movements have been identified; 220 ISIS-linked incidents in 17 European countries; and, the predominant weapons used by ISIS in attacks include explosives, edged weapons, and vehicles.

Key incidents highlighted in this snapshot include:

The June Terror Threat Snapshot is available on the HSDL.

An interactive version of the Snapshot can be found on the Homeland Security website.

Need help finding more information on terrorism and threats?  Ask one of our librarians for assistance!