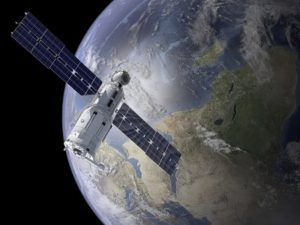 A Near-Earth Object (NEO), is an asteroid or comet, that either is close to, or intersects, Earth’s orbit. The asteroid or comet can be anywhere from a few meters, to several kilometers wide. Many smaller NEOs burn up in the atmosphere, usually undetected. But even though they are smaller in size, they can have significant destructive power. On February 15, 2013, near Chelyabinsk, Russia, an asteroid around 20 meters wide created an airburst that released an energy equivalent of 500 kilotons of TNT. If a similar event were to happen over a largely populated area, the effects could be catastrophic. Even with that looming threat, there is no international strategy to deal with the impact of a NEO.

The National Science and Technology Council (NSTC) has released the National Near-Earth Object Preparedness Strategy, to improve NEO preparedness, address the situational impact, and propose 7 “Strategic Goals” to combat NEO impacts. The Strategy builds on work by NASA to detect and categorize NEOs, and also work by DHS to prepare and respond to an impact. The Interagency Working Group (IWG) for Detecting and
Mitigating the Impact of Earth-bound Near-Earth Objects (DAMIEN), created in 2016, who developed the Strategy, will also develop the corresponding Action Plan.

“This Strategy defines seven strategic goals to prepare the Nation for a variety of NEO impact scenarios.
These goals aim to improve the Nation’s warning of, options for preventing, planning for, recovery from,
and international collaboration responding to, NEO impacts. These strategic goals address the entire
range of possible NEO impact scenarios, from decades of warning to no warning at all. Various possible
phases, as well as capabilities that encompass the entire timeline of how to respond to potential NEO
impacts.”

For more resources on this topic, check out the HSDL Collection: