From Inside or Out? Discovering the Origins of America’s Jihadists 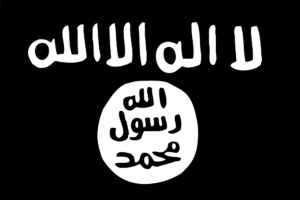 It’s been more than 15 years since 9/11, yet the threat of terrorism, jihadism,  and violent extremism still permeates the everyday news in the United States. In a new RAND report, Brian Michael Jenkins examines 178 people across 86 plots and 22 actual attacks, discussing both who these jihadists are, and where exactly they come from. The Origins of America’s Jihadists comes to several key judgments regarding the nature of the multilayered threat which faces the U.S.. Some of the most salient include the following:

-American Muslims seem to be unaffected by the radical ideology of al Qaeda and the Islamic State of Iraq and Syria (ISIS).

-Intelligence and law enforcement have done an exceptional job of impeding most terrorist plots, as the death toll falls below 100 in the post-9/11 era.

-No American jihadist group has materialized to bolster a true terrorist campaign, nor is there evidence of an ongoing jihadist underground.

-Of the 25 people involved in actual jihadist terrorist attacks, only one returned to the United States after training abroad with the clear intention of enacting an attack.

That being said, RAND’s analysis does reveal that vetting immigrants who are coming to the United States, no matter how exhaustive the process, cannot identify those who radicalize on U.S. soil. Radicalization is taking place in the United States, therefore making homegrown terrorism the chief threat in such a multifaceted climate. These terrorists are both U.S.- and foreign-born persons, yet the data does show that most foreign-born terrorists in the U.S. have not only lived in this country for many years, but also mostly arrived as children. Beyond this group, another identifiable segment of the foreign-born terrorist population are second-generation immigrants.

However, it does seem that the nature of radicalization may be changing. The author notes that the average age of those recruited and radicalized is now younger than the average age of past recruits. Islamic converts do represent a greater portion of the 178 jihadist plotters than non-religious or other religiously-affiliated persons. Jenkins finds that while mental illness does not seem to be a factor in the persons examined, “it has become increasingly difficult to distinguish ideologically driven terrorists from mentally unstable people for whom the ideology seems to have become a conveyer of personal discontents.”

The waters here are complicated, idiosyncratic, and murky. The bottom line is that “predicting dangerousness is extremely difficult”, and ultimately, perhaps as best stated in one other key judgement, that “determining whether a young teenager might, more than 12 years later, turn out to be a jihadist terrorist would require the bureaucratic equivalent of divine foresight.”