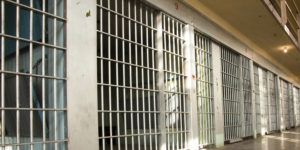 From the period of December 2015 to April 2017, 16 people died while in immigration detention. Independent medical experts, who possess expertise in correctional health, analyzed information on 15 of these “Detainee Death Reviews”. Human Rights Watch published the findings this month. In “Code Red: The Fatal Consequences of Dangerously Substandard Medical Care in Immigration Detention“, the bottom line is clear: more than half of those individuals died because of inadequate medical care. Under the watch of U.S. Immigration and Customs Enforcement (ICE), more people perished in immigration detention last year than any other year since 2009.

From the report, “Despite President Trump’s repeated statements painting immigrants as dangerous, the vast majority of the detained population–71 percent as of the first month of fiscal year 2018–were mandatorily detained with no individualized consideration of whether they posed a risk or should be detained. ICE itself classified 51 percent of the detained population in that month, the last for which we have data, as posing ‘no threat.'” The administration has also requested resources to expand immigration detention, which would be combined with the administration’s suggested cut to DHS resources to oversee detention facilities.  “These proposals would place more human beings than ever before into an abusive and wasteful system that already suffers from substandard medical care.”

Human Rights Watch also published a brief article on the release of the report, which you can read here. The article provides a summary of the stories of Moises Tino-Lopez, Rafael Barcenas-Padilla, and Jose Azurdia, all detainees who died due to lack of, or incompetent, medical care. Tino-Lopez, who suffered from multiple seizures, was only 23 years old. Clara Long, senior US researcher at Human Rights Watch, argues that “ICE has proven unable or unwilling to provide adequately for the health and safety of the people it detains.” As such, Human Rights Watch believes these failings warrant immediate action by not only Congress and ICE, but also state and local governments, and the report makes explicit recommendations to each group.