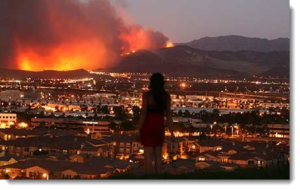 The United Nations Population Fund predicts that by the year 2050 86% of the population in developed nations (64% in developing nations) will live in urban areas. This ongoing migration from rural areas to more densely inhabited cities catalyzes urban sprawl, which subsequently makes a greater portion of the population susceptible to the risks of natural disasters.

The Global Facility for Disaster Reduction and Recovery (GFDRR) examines this dynamic and its relationship to disaster risk assessment in their recently released report The Making of a Riskier Future: How Our Decisions are Shaping Future Disaster Risk. A few of the document’s key points are summarized below as well as in this short GFDRR video.