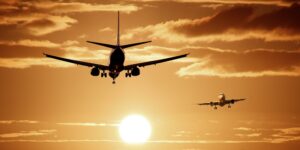 The House Homeland Security Committee Majority Staff released a report exposing threats posed by terrorists, also known as Special Interest Aliens (SIAs), traveling to the United States from a country identified as having possible or established links to terrorism. The report examines ways to prevent these individuals from getting access to the homeland and exploiting the illicit pathways throughout the Western Hemisphere. The goal of this effort is to prevent future terrorist attacks by shutting off non-traditional ways into America.

The report is the culmination of research by the Task Force on Combating Terrorist and Foreign Fighter Travel and the Task Force on Denying Terrorists Entry into the United States. The Committee combined the report by reviewing statements by the foreign officials, conducting site visits, and analyzing official government documents. Significantly, the investigation highlighted “programs and initiatives that push out the United States borders and increase coordination with foreign partners.”

The report includes the following recommendations: