Hold the Phone: DOJ Releases Inspector General Report on FBI Texts/Actions During Investigation Before the 2016 Election 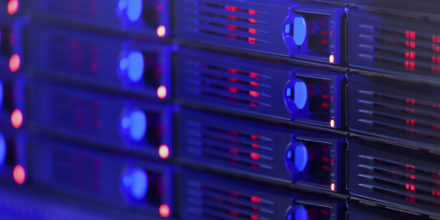 At the end of last week, the Office of the Inspector General (OIG) of the Department of Justice (DOJ) released a “Review of Various Actions by the Federal Bureau of Investigation and Department of Justice in Advance of the 2016 Election“. The Department  notes that this review was the product of requests from Congress and the private sector, and pressure from the public. According to the press release, the scope of OIG’s review included investigating allegations of DOJ and FBI misconduct, improper dissemination of information to the public, and improper considerations (such as political bias) that perhaps motivated investigative decisions. This OIG report is the product of more than 1.2 million reviewed documents, and more than 100 witness interviews.

The OIG found text messages and instant messages , communicated via FBI-issued devices, which “expressed statements of hostility toward then candidate Donald Trump and statements of support for then candidate Clinton.” Additionally, some messages also “expressed opinions that were critical of the conduct and quality of the investigation.” In Chapter Twelve of the report, OIG reveals that they received and analyzed more than 40,000 text messages between agents Peter Strzok, Deputy Assistant Director (DAD) of the Espionage Section and Lisa Page, Special Counsel to former Deputy Director Andrew McCabe. In addition to their involvement in the Clinton investigation, both agents were also involved in the investigation into Russia’s involvement in the 2016 U.S. presidential election. OIG found three categories of messages which raised concerns: 1.) messages of a political nature regarding Trump and Clinton, 2.) messages that combined expressions of political sentiments with a discussion of the Clinton investigation, and 3.) messages that combined political sentiments with a discussion of the Russia investigation.

The final chapter of the report lays out the conclusions and recommendations. It comes as no surprise that OIG finds that the damage caused by the actions of the above agents, and the actions of then Director Comey, showed blatant disregard for the FBI’s established and respected procedures and caused detriment to the reputation of the FBI as a fair administrator of justice. Perhaps more seriously, these behaviors “usurped the authority of the Attorney General and upset the well-established separation between investigative and prosecutorial functions and the accountability principles that guide law enforcement decisions in the United States.” OIG makes nine recommendations to mitigate the risk of such behavior and digression from procedural norms in the future, many of which relate to proper use of technology and separation of personal beliefs from the professional realm.