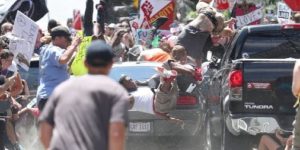 The University of Maryland‘s National Consortium for the Study of Terrorism and Responses to Terrorism (START) has released a new project evaluating the characteristics of mass casualty offenders (perpetrators who plan/execute an attack with the intention to kill or injure four or more people) and non-mass casualty offenders (perpetrators of violent and non-violent hate crimes).

The project, Bias Incidents and Actors Study (BIAS), analyzes hate crimes and acts of terrorism from 1990 to 2018, and evaluates “a dataset of 689 violent and 277 non-violent bias crime offenders who were motivated by bias based on (1) race, ethnicity, and nationality, (2) religion, (3) sexual orientation, gender, or gender identity, (4) age, or (5) disability.”

The study finds that low education and poor work history are the two highest indicators for both mass and non-mass casualty violent offenders, and that lone actors who fall into those categories are responsible for 47% of mass casualty attacks.

Please note that an HSDL login is required to view some of these resources. Need help finding something? Ask one of our librarians for assistance!