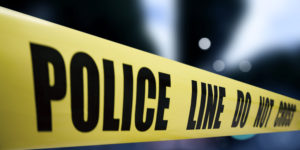 The 1990 Hate Crime Statistics Act, 28 28 U.S.C. § 534, requires the U.S. Attorney General to collect data and report on crimes that derive from “prejudice based on race, religion, sexual orientation, or ethnicity”. The Uniform Crime Reporting (UCR) Program of the Federal Bureau of Investigation (FBI) collects and reports this data annually.

The first Hate Crime Statistics reports were released in 1990 and 1992. In 1994, the act was amended to include crimes against persons with disabilities, and in 1996, the collection and reporting of this data was made a permanent part of the UCR Program. In 2009, the type of data collected was amended to include crimes based on gender and against juveniles.  The collection of rape data was added in 2013, though the reporting of this data was discontinued in 2017. Animal cruelty, identity theft and cyber-crimes were added to the data collection in 2016.

Data collected is described by five categories which include:

Hate Crimes in the U.S. increased by 17% in 2017. The majority of single-bias incidents that occurred in 2017 were a result of race/ethnicity biases (59.6%), followed by religious bias (20.6%) and sexual orientation (15.8%). A small percentage of incidents were the result of multiple biases. An additional 1,000 law enforcement agencies reported incidents to the UCR in 2017, than in previous years.

The 2017 Hate Crime Statistics webpage provides links to the data and reports that summarize this collection of information for the year 2017. Previous annual reports and general information about data collection and reporting methods are also available on this webpage.

More resources and reports on hate crimes in the U.S. can be found at the Homeland Security Digital Library (HSDL).