“Hate” by the Numbers – New Report from the FBI 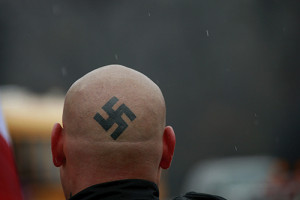 The Federal Bureau of Investigation (FBI) has published the 2015 Hate Crime Statistics. The 2015 report is the 25th anniversary of the FBI’s movement to collect and produce statistics regarding crimes involving hate or bias, a stem from the Hate Crime Statistics Act, passed in 1990, in which Congress “required the attorney general to collect data ‘about crimes which manifest evidence of prejudice based on race, religion, sexual orientation, or ethnicity.'” Through the Uniform Crime Reporting (UCR) Program, the FBI gathers data from thousands of local and federal agencies to provide information to the public regarding crime in the nation.

According to the FBI’s press release, the 2015 edition “contains data from 14,997 law enforcement agencies, reveals 5,850 criminal incidents and 6,885 related offenses that were motivated by bias against race, ethnicity, ancestry, religion, sexual orientation, disability, gender, and gender identity.” Not only does this year’s report include a category for anti-Arab bias, but it also expanded the religious prejudice category to include anti-Buddhist, anti-Eastern Orthodox, anti-Hindu, anti-Jehovah’s Witness, anti-Mormon, anti-other Christian, and anti-Sikh.

The major findings from the report include the following statistics:

The UCR Program has made all of their publications available online. If you’d like to read previous years’ reports on Hate Crime Statistics, Crime in the United States, the National Incident-Based Reporting System, or Law Enforcement Officers Killed and Assaulted, please click here.