Overview of Global Terrorism in 2019

The National Consortium for the Study of Terrorism and Responses to Terrorism (START) at the University of Maryland released the latest Global Terrorism Overview: Terrorism in 2019 report in July.

According to the report, 2019 which saw nearly 8,500 attacks that killed more than 20,300 people, was the 5th consecutive year of declining global terrorism, since the peak in 2014.  In addition to a general overview of the state of global terrorism in 2019, the report explores key regional developments and variation among perpetrators.

For more information on topics related to this piece, visit the HSDL Featured Topics on  Global Terrorism, Lone Wolf Terrorism, Domestic (U.S.) Terrorism, and Suicide Bombers.  Please note: HSDL login is required to view some of these resources. 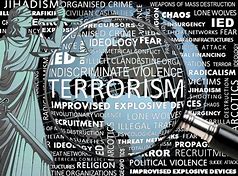