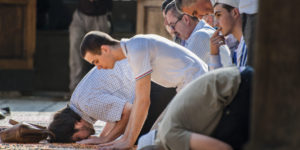 In a press briefing to the State Department on May 29, 2018, Senator Mike Pompeo and Ambassador Sam Brownback introduced the 2017 International Religious Freedom Report.  This report documents violations of religious freedom by terrorists, governments, and individuals in 200 nations and territories across the globe.

U.S. Embassies around the world submitted reports to the State Department Bureau of Democracy, Human Rights, and Labor on incidents that impacted religious freedom during the calendar year.  These reports were verified and presented as objectively as possible. For many countries the reports are a representative sample of incidents that occurred and may not be fully comprehensive. Final compilation of the report was managed by the Ambassador-at-large for Religious Freedom, Sam Brownback.

Users can build a modified report at the 2017 International Religious Freedom Report website, by selecting the sections and countries of interest then downloading the pdf.