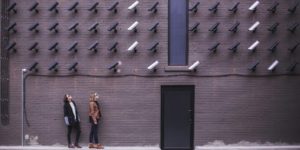 The Human Rights Watch has released its World Report 2020, which is the organization’s annual review of global human rights practices.

The report opens with a keynote essay by Kenneth Roth, executive director of Human Rights Watch, titled “China’s Global Threat to Human Rights.” Roth claims that “China’s government sees human rights as an existential threat,” and in an effort to suppress dissenters and protect its inhabitants from outside criticism regarding human rights, China has imposed a remarkably rigid system of oppressive (and impressive) technological barriers.

The country’s increased technological savvy and economic growth has led to unprecedented amounts of mass surveillance. Roth calls it “the most intrusive public monitoring system the world has ever known.”

While China remains the envy of many countries for its “seductive mix of successful economic development, rapid modernization, and a seemingly firm grip on political power,” Roth wonders if the use of surveillance technology and information doesn’t belie a fragile grasp on political rule based on popular consent, and more troublingly, “an existential threat to the rights of people worldwide.”

The actual report highlights human rights abuses in over 100 countries and territories from November 2018 to November 2019. Each country’s analysis uniquely focuses on the severity of the problems faced by the people who live there. Common topics include prison conditions, international actors, freedom of expression and information, refugees, torture, and the rights of women and children, elderly, disabled, indigenous, and LGBTQ people.

For more information, visit the HSDL Featured Topics or our In Focus topic on Electronic Surveillance and Immigration. Please note that an HSDL login is required to view some of these resources.