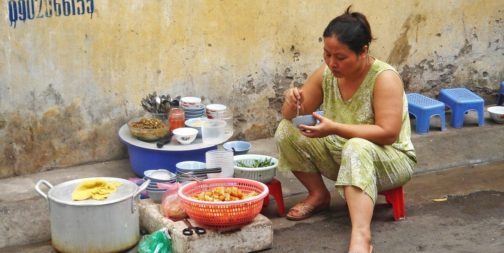 The SOFI report highlights increasing global food insecurity driven predominantly by increases in Africa and Latin America. Nearly 11% of the global population is hungry. In Africa, 20% of the population is undernourished. Over 60% (514 million people) of the total undernourished population lives in Asia where they represent slightly more than 11% of the total Asian population. This report shows that even high-income countries exhibit insecurity about food resources; and global economies and extreme weather events have a strong influence on nutrition trends. Women globally have a higher prevalence of food insecurity than men, though the discrepancy is highest in Latin America.

SOFI also considered the trends in overweight and obesity and found that all global regions exhibit increasing trends in both. Obesity and overweight are increasing in school-age children as well, resulting from poor diets and inactivity. In 2016, the global number of obese people exceeded the number of undernourished.

The numbers of people suffering from hunger and food insecurity are no longer declining – on the contrary, they have been slowly on the rise in the last few years. While progress in bringing down the prevalence of stunting in children and increasing the rate of exclusive breastfeeding is to be commended, the rapid increase in obesity is alarming, and no region or income group is exempt from this problem.

For the first time, the SOFI report evaluated birthweight trends and found that 14% of babies have low birthweights, increasing the risk of premature death in the first 28 days of life, low intelligent quotient, stunted growth, and adult-onset illnesses such as obesity and diabetes.

Data across seven nutrition indicators show that improvements in global food security are too slow to reach 2025 Sustainable Development Goal (SDG) targets, many of which have been extended to 2030 to align with the SDG. These indicators are birthweight, breastfeeding, stunting, wasting, overweight, anemia, and obesity.

Part 2 of the SOFI report examines the economics of food insecurity and discusses means for creating more resilience in food systems.

Some of the links in this blog require institutional access, click here to view the report directly.