From the Institute for Economics and Peace: 2018 Global Peace Index 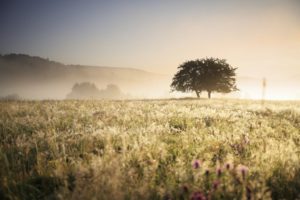 The 2018 Global Peace Index was just released by the Institute for Economics and Peace. This annual report rates the peacefulness of 163 independent states and territories using a variety qualitative and quantitative factors from reputable sources. This report also aims to identify global trends relating to improvement or deterioration in peace. This report finds that “[t]he ten-year trend in peacefulness finds that global peacefulness has deteriorated by 2.38 per cent since 2008, with 85 GPI [Global Peace Index] countries recording a deterioration, while 75 improved.”

Other key findings from the report include:

-Peacefulness deteriorated across all three GPI domains over the past year, with the largest deterioration occurring in the Ongoing Conflict domain.

-The Middle East and North Africa (MENA) remained the world’s least peaceful region. It is home to four of the ten least peaceful countries in the world, with no country from the region ranked higher than 40th on the GPI.

-Europe, which has been the world’s most peaceful region since the inception of the index, deteriorated in peacefulness for the third straight year, due to increased political instability, impact of terrorism and perceptions of criminality.

-Despite improvements in most other Pillars, Acceptance of the Rights of Others has been deteriorating in Europe and North America since 2005.

The Global Peace Index warns that the trend of global deterioration of peace is likely to continue unless underlying systemic issues are addressed. The report advocates building institutions and structures that promote and sustain peace as one avenue to achieve a more peaceful world.

You can browse additional Global Peace Index reports compiled by the Homeland Security Digital Library by clicking here. Please note: HSDL login is required to view some of these resources. You can also ask a librarian if you would like assistance finding a particular resource.