“Fishwrap”: Watch Out for This Cyber Threat on Social Media 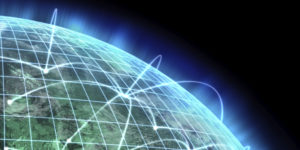 Recorded Future has published their latest research, titled “The Discovery of Fishwrap: A New Social Media Information Operation Methodology“. In the report, author Staffan Truvé discusses Recorded Future’s foray into the detection and analysis of influence operations, both by nation states and other actors. As established by RAND Corporation, influence operations (also known as information operations and warfare), is defined as the “collection of tactical information about an adversary, as well as the dissemination of propaganda in pursuit of a competitive advantage over an opponent.”

From the report, the “fishwrap” technique “recycles old news about terror incidents by publishing them to appear as new. […] This operation is also using a special family of URL shorteners that allow attackers to track click-through from social media posts used in their campaigns.” Many may associate influence operations with the very prevalent term of “fake news”. While this is true to some degree, Recorded Future also explicitly notes that real news is used, too, to cultivate particular opinions in the targeted audience.

Recorded Future provides seven Key Findings from the report, which are summarized below:

The HSDL offers many additional resources related to Cyber Crime and National Security, as well as Cyber Infrastructure Protection. Please note: HSDL login is required to view some of these resources.