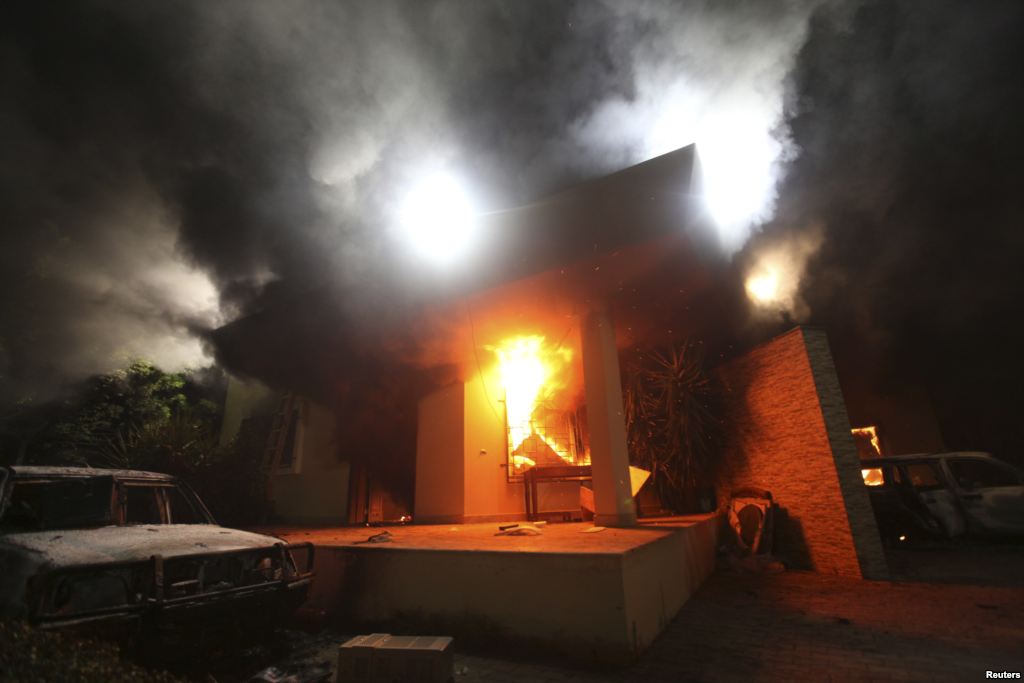 On the 11th anniversary of the September 11th terrorist attacks on U.S. soil, two U.S. facilities in Benghazi, Libya, were attacked by Islamic militants. As a result of these attacks that took place on September 11-12, 2012, U.S. Ambassador J. Christopher Stevens, U.S. Foreign Service Information Management Officer Sean Smith, and CIA contractors Tyrone S. Woods and Glen Doherty lost their lives. Since that deadly day, many Americans, both abroad and at home, have had questions and concerns regarding the Benghazi attacks. Last week, the House Permanent Select Committee on Intelligence (HPSCI) released a report that provides the public with additional information on the attacks. The report, titled, Investigative Report on the Terrorist Attacks on U.S. Facilities in Benghazi, Libya, September 11-12, 2012 is the result of a, “…comprehensive and exhaustive investigation…” that took place over the course of two years.

To complete this investigative report, the HPSCI, “…focused on the activities of the Intelligence Community (“IC”) before, during, and after the attacks.” Activities were examined through the investigation of, “…thousands of pages of intelligence assessments, cables, notes, and emails…” In addition, the HPSCI, “…held 20 Committee events and hearings; and conducted detailed interviews with senior intelligence officials and eyewitnesses to the attacks, including eight security personnel on the ground in Benghazi that night.” As a result of the HPSCI’s investigatory efforts, this report offers the public with both, “…the findings and conclusions…” of the expansive two-year investigation.

In addition to these Committee conclusions, the investigative report on the Benghazi attacks includes 6 appendices of maps, images, hearing transcripts, and a timeline of events.

For statements made by Chairman Mike Rogers and Ranking Member C.A. Dutch Ruppersberger on the HPSCI Benghazi report, click here.