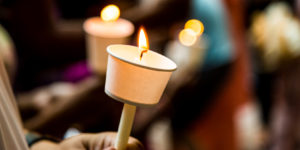 On Friday, August 24, 2018, the Federal Emergency Management Agency (FEMA) released the “1 October After-Action Report” which details the findings and lessons learned from the October 1, 2017 shooting that left more than 800 people injured and resulted in 58 fatalities. The 13 responding agencies, including the Clark County Fire Department (CCFD) and Las Vegas Metropolitan Police Department (LVMPD), have all been praised for their concerted and efficient response. According to the report, “The cooperation between local fire departments, law enforcement agencies, and local private ambulance companies at the scene was exceptional.” In particular, FEMA notes that “heavy local investment in Multi-Assault Counter-Terrorism Action Capabilities (MACTAC) and Hostile Mass Casualty Incident (MCI) training, as well as other formal training investments by CCFD, LVMPD, and surrounding jurisdictions, also proved especially valuable.”

Even though the responding agencies and organizations used strong collaboration to execute a quick and effective response, “when responders encountered communication barriers, these barriers hindered some aspects of their response coordination.” FEMA makes 72 observations in the report, all of which are accompanied by a corresponding recommendation. In sum, all responders met this incident with “courage and knowledge”, and the value of training and exercises is incalculable. FEMA summarizes the key conclusions as:

If you would like to learn more on this topic, or find additional similar resources, please access the Homeland Security Digital Library’s “Ask a Librarian” tool.