Far-Right Extremism on the Rise in the United States 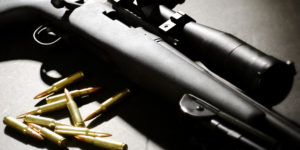 It is important to note that right-wing extremism does not correspond to any particular political party in the United States. They are instead motivated by “racial, ethnic, or religious supremacy; opposition to government authority; and the end of practices like abortion.” Perpetrators of this type of terrorism have mostly been white supremacists and self-declared “sovereign citizens.”

The brief identifies factors that contribute to the growth of far-right extremism:

Right-wing extremist groups have existed through American history; the challenge today, writes Jones, is devoting sufficient attention and resources to prevent far-right extremism from continuing to rise. This requires a concerted effort from law enforcement at the federal, state, and local levels. Partnerships with the private sector will also be critical, since social media and the internet have allowed right-wing extremists to form loose networks and facilitated the radicalization of lone actors.

The HSDL offers many other resources related to Domestic (US) Terrorism. Please note that an HSDL login is required to view some of these resources.

Need help finding additional resources? Ask one of our librarians for assistance!