Fanning the Flames of Extremism

The Data & Society Research Institute has released a new report from its Media Manipulation Initiative. 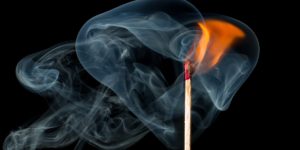 The Oxygen of Amplification: Better Practices for Reporting on Extremists, Antagonists, and Manipulators Online highlights the influence of social and digital media on extremist movements, noting the dissemination of manipulative content that threatens to “undermine democratic discourse.”

Individuals with knowledge of contemporary news media were interviewed for this report, including journalist and reporters.  The report is divided into three sections: Part One discusses trolling and the meme culture and its effect on the 2016 presidential election; Part Two examines the unintended consequences of amplification when reporters report on bigotry and hate-fueled ideology; Part Three provides recommendations for objective reporting and managing false information.

The report takes a careful look at a system that lends itself to the inadvertent promotion of right-wing agendas, recognizing that social media offers a variety of rewards to journalists for reporting on stories that draw numbers and gain attention.  Journalists are not always able to effectively nuance their reporting to express disagreement in a seemingly objective report, which may in effect confer credibility on an issue not truly worthy of it.

The report provides extensive and detailed suggestions to journalists on effective strategies to prevent fanning the flames of ideologues.  It poses several important questions to all journalists: Will it have a positive social benefit? Will it generate productive dialogue? Will it add weight to an existing issue?  Will it cause harm, embarrassment, professional damage, or cause a security risk?  The report asks journalists to reexamine the core tenets of good journalism that have guided the industry since its inception to determine the true newsworthiness of a story.  Author Whitney Phillips concludes,

When considering the future of journalism, and more broadly, the future of democracy […] We must find ways to defend against narrative hijacking, and targeted antagonisms, and media manipulations, and those looking to burn their own house down for a laugh, because these issues don’t end at the edge of the news.

Access the report online, as well as an editorial piece titled How the Media Helped Legitimize Extremism.  More from Data & Society can also be found on the HSDL.