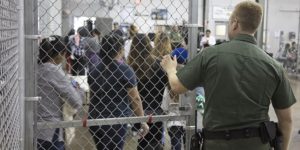 The U.S. Senate Committee on Homeland Security and Governmental Affairs (the “Committee”) released a Majority Staff Report highlighting increases in family and unaccompanied child apprehensions at the southern border, despite an overall decrease in illegal immigration over the same period.

Judicial Rulings Ending the Obama Administration’s Family Detention Policy: Implications for Illegal Immigration and Border Security suggests that changes in immigration policies such as the Flores Settlement Agreement (“Flores”) of 1997, the introduction of Deferred Action on Childhood Arrivals (DACA) in 2012, and the reinterpretation of Flores in 2015 have resulted in more families taking advantage of perceived loopholes in U.S. immigration laws. This is in contrast to the dramatic increases in individual entries that immediately followed termination of the Bracero Program in 1964.

U.S. Customs and Border Protection (CBP) does not have the resources to detain families in the short detention times required by existing legislation, while U.S. Citizenship and Immigration Services (USCIS) determines legitimacy of family units and asylum claims. Current legislation disallows detention of minors beyond 20 days, forcing CBP to release families until hearings can be scheduled. In May 2018, the Attorney General issued a memorandum establishing a ‘zero tolerance policy’ against entry at an illegal port, which resulted in the separation of thousands of children from their parents. Public outcry led to an executive order in June 2018, prohibiting the separation of families causing immigration officials to revert to the policy of “catch and release”.

The report shows that only 7% of non-detained individuals are returned to their country of origin after asylum claims are denied, while 77% of detained individuals whose claims are denied are returned to their country of origin. Failure to appear at court hearings and failure to comply with final removal orders characterize the cases in which illegal immigrant families were able to gain entry to the U.S. despite denial of asylum claims.

This report suggests that the situation along the southern border is a humanitarian crisis that is inadequately addressed by current immigration policies. New legislation must address the loopholes that allow illegal immigrants to enter under false pretense through claims of asylum and family status, while honoring legitimate claims for asylum.

Some of the links in this report require institutional access, click here to read the full report.

More resources and reports on Immigration in the U.S. can be found at the Homeland Security Digital Library (HSDL).