The recent acts of violence perpetrated against innocent civilians in Paris and Beirut by the Islamic State have drawn further attention to the terror group’s global reach. The international community has responded with grief, outrage, and shows of solidarity. France, Europe, and the wider Western world are now faced with harrowing questions: How did this happen? And could we be next?

The Homeland Security Digital Library blog has compiled a number of resources In an attempt to address these question as well as the origins and rise of the Islamic State. Click here for more… 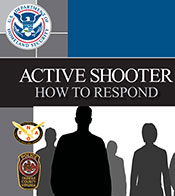 A recent spate of active shooter/hostile events (ASHEs) has once again stunned and saddened our nation, resulting in loss of life and life altering mental and physical injuries. The HSDL has exercises, plans and reports to help you, your workplace and your community prepare. 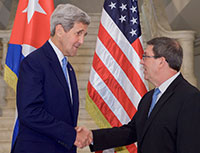 The official reopening of U.S. relations with Cuba after 54 years has been accomplished, but new challenges are ongoing. Immigration, trade, and financial issues are just a few of the challenges, requiring a wide range of homeland security considerations.

According to current indicators, the winter weather phenomenon known as El Niño is likely to affect our nation’s weather, bringing warmer-than-usual temperatures to the western and northern U.S., wetter-than-usual conditions in the Gulf Coast and Florida and drier-than-usual conditions in the Ohio Valley and Pacific Northwest. Wildfires from this summer will make flooding and mudslides more likely, and exacerbated drought conditions may result, setting the U.S. up for another hot, dry year and more wildfires.

As of September 2015 the Homeland Security Digital Library has transferred almost 23,000 resources, from the Federal Emergency Management Agency’s Lessons Learned Information Sharing (LLIS) program, and made them searchable on the HSDL website. In partnership with FEMA LLIS, we believe this consolidation will improve the whole community’s access to valuable information. Here are a few types of documents from LLIS that you can expect to find in the HSDL: