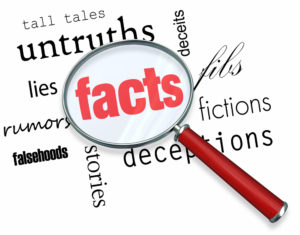 A new report from RAND Corporation titled “Truth Decay: An Initial Exploration of the Diminishing Role of Facts and Analysis in American Public Life,” contends that the past two decades have seen a notable decline in the integrity of political and civil discourse in the United States.

Uncertainty and lack of confidence pervade as individuals increasingly disengage and become alienated from the political realm as a result of Truth Decay.

Truth Decay is described as a set of four trends:

This RAND report examines four possible causes of Truth Decay in the U.S. including social changes in cognitive processing, changes in the information system, an education system less focused on critical thinking, and political and demographic polarization.  It explores historical evidence of Truth Decay and presents solutions for addressing the causes and consequences of factual erosion in our political and social systems.

You can find the report here on the HSDL, and a research brief of the report on the RAND website here.