Extreme Weather Events Will Be More Frequent In the Future: Climate Study 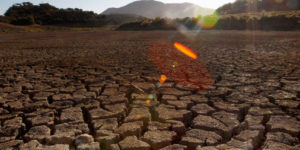 The Bulletin of the American Meteorological Society (BAMS) recently published a report revealing a substantial link between climate change and various global extreme weather events of 2017. Titled “Explaining Extreme Events of 2017: From a Climate Perspective,” the report offers 17 analyses that comprise: Droughts in the U.S. Northern Plains and East Asia; floods in South America, China, and Bangladesh; as well as severe heat waves in Europe, China, and the Tasman Sea near the Coast of Australia. Out of the analyses, 70 percent found human-caused climate change to be the determining factor of the event.

These extreme weather events are not new; BAMS highlighted the emergence of this trend beginning in 2016. However, the 2017 report, which examines extreme weather conditions in 10 countries, reveals that the frequency as well as severity of these events may be increasing each year.

This seventh annual report goes further than previous years by providing insight on how all levels of society can act to manage the devastating effects of extreme weather events moving forward. The goal is to drive collaboration between climate scientists and policymakers in order to craft practical approaches to safeguard society from this pressing threat.

For more information on this issue, please visit the HSDL featured topics on climate change.