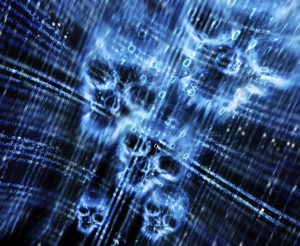 Yesterday, Europol released their fourth edition of the of the annual report on cybercrime. In the Internet Organised Crime Threat Assessment (IOCTA) 2017, Europol describes the current cyber landscape and criminal challenges, and also offers recommendations with operational backbone to counter the evolving threats. As discussed in the Executive Summary, while issues like the insecurity of Internet of Things (IoT) devices, card-not-present fraud, child sexual exploitation, cryptocurrencies, and online illicit trade continue to shape the cyber context, the significance of new threats such as the recent “ransomworms” cannot be understated. For example, the self-propagating nature of WannaCry highlights “how connectivity and poor digital hygiene and security practices can allow such a threat to quickly spread and expand the attack vector.”

Although there have been many strides in increasing cybersecurity overall, like the drastic decrease in exploit kit-based malware, the threats continue to evolve and adapt. Instead of exploit kits, malware developers now use tactics such as social engineering and spam botnets, like the Mirai malware which was responsible for turning approximately 150,000 routers and closed-circuit televisions (CCTV) into DDos (distributed denial of service) botnets. Recent events have demonstrated that cyber-dependent and cyber-facilitated crime exists, and thrives, not only at the individual level, but also at the level of critical infrastructure. From the perspective of Europol, factors such as “lack of data retention, the implementation of Carrier-Grade Network Address Translation (CGN), and criminal abuse of encryption, are leading to a loss of both investigative leads and the ability to effectively attribute and prosecute online criminal activity.”

Coordination is the keyword at the top of all of the sector-specific recommendations. Intelligence-led action, developed through shared information between communities, law enforcement, the intelligence community, the private sector, and legislative entities is the linchpin to to making prevention initiatives successful, and realizing goals based on threat analyses.