Ethnic Cleansing on a Historic Scale 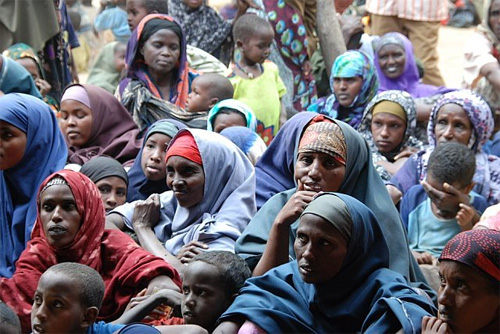 Fleeing possible capture, abduction, death, Islamic conversion or separation from family are just some of the conditions that northern Iraq communities are now facing. Amnesty International just released a report, “Ethnic Cleansing on a Historic Scale: Islamic State’s Systematic Targeting of Minorities in Northern Iraq” describing the terror situation of thousands of ethnic and religious minorities by the Islamic State (IS). The Islamic State, previously known as the Islamic State in Iraq and al-Sham (ISIS) have launched a systematic campaign of “ethnic cleansing” targeting non-Arab and non-Sunni Muslim communities. These ethnic and religious minorities include: Assyrian Christians, Turkmen Shi’a, Shabak Shi’a, Yezidis, Kakai and Sabean Mandaeans. Hundreds, possibly thousands of women and children from the Yezidi community have been abducted. In the Sinjar region, dozens of men and boys were piled into trucks and driven to the outskirts of villages to be massacred.

Amnesty International put together evidence of mass killings and village raids taking over the northern region of Iraq. The report includes witness statements and photos from survivors and terrified families involved in the ISIS ‘take-over’ as well as a Timeline of Events starting from June 10th to late August.

From the report:  “Lawyer Mirze Ezdin is among those desperately awaiting news of his family. After patiently listing the names and ages of 45 relatives – all women and children – abducted by IS fighters in Qiniyeh, he showed Amnesty International a photo of two of his nieces on his mobile phone. Struggling to hold back the tears, he said:

“Can you imagine these little ones in the hands of those criminals? Alina is barely three; she was abducted with her mother and her nine-month-old sister; and Rosalinda, five, was abducted with her mother and her three brothers aged eight to 12. We get news from some of them but others are missing and we don’t know if they are alive or dead or what has happened to them.”