El Niño and Climate Change Wreak Havoc on Our Ecosystems 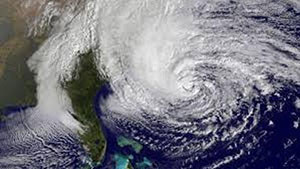 The American Meteorological Society (AMS) has published the annual State of the Climate [SoC] report, and folks, it’s not good news. Here’s the BLUF (bottom line up front): with El Niño as an “omnipresent backdrop” and (another) hottest year on record, our ecosystems – and wildlife – are literally feeling the heat. Warming oceans are the driver behind community wide-shifts in species of fish, and the consequent loss of sea ice is reducing the natural habitat of walrus herds. Our two-legged community has not gone unaffected either, to say the least. Between all the election coverage, perhaps you’ve seen some news on the massive flooding in South America, the raging peat fires of Indonesia, or the intense heat wave in the Middle East which killed over 1,000 people. “This notion of connectedness—between climate, landscape, and life; between our daily work and the expression of its meaning; between planetary-scale drivers and humble living things” is what the report is all about.

As usual, and to the credit of AMS, the 2015 SoC is brimming with helpful data, statistics, and maps. To put this past year in perspective, the combination of rising temperatures and El Niño means that 2015 was the hottest year on record, compared to all temperature records since the mid-1800s, which was verified by four independent analyses. The authors place concern on the fact that not only was last year the hottest, but it was the hottest by a wide margin of 0.13°–0.18°C, a record that hasn’t been broken since 1998. The report is an observation of what has transpired in 2015, and an empirical representation of how climate change is altering our natural and human systems. The report is well-organized by chapters, so brew some coffee and take a look at how your part of the world has been effected.

If you would like more information on climate change and steps you can take to help sustain and protect our environment, please check out our featured topic page.